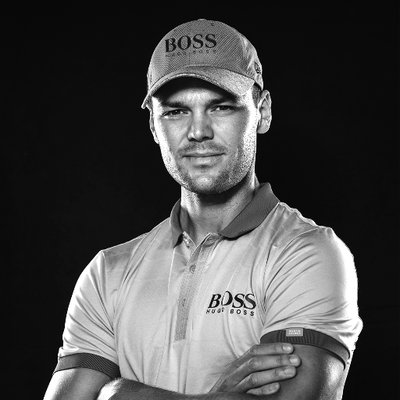 On Friday, a video was Twitted by Kaymer in which he shared the information that his doctor has diagnosed a misplaced bone in the wrist. He is taking treatment in Germany. He further said that he said has taken” a few injections” and now going to take off for some time and give enough time to his wrist to recover. END_OF_DOCUMENT_TOKEN_TO_BE_REPLACED

Northern Irish golfer Graeme McDowell has admitted that although he did have brief doubts about the master plan chalked up by European Ryder Cup captain Paul McGinley but he feels now that the Irishman has broken the mould that all future Ryder Cup captains will be judged on.

McDowell was paired with rookie Frenchman Victor Dubuisson and the pair played so well in their foursomes victory over Keegan Bradley and Phil Mickelson that they were expected to take the course again for the four balls on Saturday morning.

But that didn’t happen and the Scotsman stuck with his plan to only play the unlikely pair in the alternate shots format so that the Northern Irishman would feel fresh for the first singles match. But although it seemed to backfire with Graeme McDowell falling three shots behind Jordan Spieth, he did recover from there as he has made a habit of it over the past few years to win the matchup.

McDowell stated that during the first six holes, he was having doubts because he had played so little that he felt undercooked, adding that he hadn’t hit many shots because of the way the foursomes were planned out.

And McDowell went on to add that Paul McGinley has been the best captain that he has played under during his time as a player on Team Europe in the Ryder Cup. He mentioned that for a guy like the Scotsman who would be sitting in front of twelve players whose careers would be a lot better than his, McGinley showed immense courage, drive and desire to motivate and inspire those players to send them out onto the course and get the job done.

Graeme McDowell also said that this only shows that one doesn’t need to be a great player to be a good leader.

Dustin Johnson will not be in contention to try and fight for Ryder Cup since he stated that he will miss the tour to seek help from the professional to eliminate challenges at the personal level. Being no 16 in the world but fifth in place it seemed evident that his presence would lighten the Ryder Cup.

From the chiefs of golfs it was stated that he might have got a ban for 6 months. His past is chequered and he was also given an ultimatum in 2011 by Butch Harmon. The conversation seemed Jesus like conclusion according to Harmon. Harmon was blunt in his speech and it proved to be an eye opener for Johnson since polishing his talent is the most important thing which he needs.

Accordingly, Johnson love to travel and enjoy but work at the stipulated time is what is desired. In the last week of September, Johnson pointed out that he would not be able to take part and his position will be given to the person who appears 10th in the standing. Reed is filing in the position. Johnson wants to be equipped well with all the resources He is confident that he will strike back and wants his fans to have faith in him.

His absence has filled lot of rumours and speculations. McGinley points out that there are many things which are untrue. It is clarity that is asked for. It is time to bury the past and start afresh. His fellow companions are surely missing him which is going to take a while before he comes back again and start his journey professionally. Two weeks before he finished 12th in the US Open and later on he opted out from other tournament.

Dustin Johnson is nowhere to be found on the turf while his fellow companions are vying for a successful tour. Whether it is the decision of the tour or his personal decision is yet to be seen. He might possibly be banned for the use of drug.

He, however, stated that he was taking break which is another way of saying that he is going for rehab. He is seen spending time with the family of Gretzky where for the member’s guest in the ladies club for Paulina he is caddying. Almost every day he is playing golf. It is then that the rumours of drug are spreading uselessly.

He is unusually catering to his physical, mental and emotional well-being. His privacy is respected since the PGA is not giving much of the information. It appears that he is not fully involved with golf since it is Paulina for whom he is caddying for. It is unsure whether her father would approve of that or not. It has become more of a priority for him. It also seems that he is giving more time to his social life and he does not wish to comment on it any further.

Extracurricular activities is what is in his mind and he sets time for play mixed with work or more so to impress Paulina’s caddy. He should not have forgotten that his priorities are different being a professional golfer but it is relaxation time that he is wanting and waiting for. Balancing the act and weighing the scales on an equal platform is what is mandatory.

His leave of absence from the office might not set him on a disadvantageous position which he might later regret it over the course of the time. May be he is going with the flow.

The national airline of the oil rich United Arab Emirates, Etihad Airways has added to its long list of Guest Ambassadors with the addition of US PGA Tour golfer Martin Kaymer to its roster.

The German is considered to be one of the brightest young stars in European golf at the moment, and he has already won the US PGA Championship in 2010, the HSBC Golf Championship in Abu Dhabi a record three times during 2008, 2010 and 2011 and he also dropped the final putt as the European Team clinched the Ryder Cup in a breathtaking finish in 2012.

And as the latest guest ambassador for one of the largest carriers in the world, Kaymer will work to raise the profile of the brand in his home land of Germany as well as some other key markets in the world.

The Chief Commercial Officer of Etihad Airways, Peter Baumgartner spoke of the addition of Martin Kaymer to its list of brand ambassadors, stating that as one of the most well known and successful golfers in recent seasons, Kaymer has many fans spread all over the world including his home land of Germany and the company wants to tap into that market with the help of the German.

He added that Martin has impressed Etihad Airways with his work ethic and quest for perfection, values that he shares with the airline and that was also a main reason for the partnership to be formalized.

Speaking of his appointment as one of the Guest Ambassadors for Etihad, Martin Kaymer stated that as a professional golfer, he is travelling all over the world for much of the year and he needs to do so comfortably as it makes a lot of difference and he feels Etihad will help him do that with first class arrangements.

The latest Golf Challenge seems tougher this time given the expansion in player participation which is sure to make the competition harder for the dapper German golfer. In place of the usual norm of 12 players followed by the previous Golf Challenge editions, this time the tournament has been extended to come up with a thirty-man field. Interestingly, it’s the first time that the Nedbank Tour has been officially exhibited on European Tour in its long history of 33 years.

In regards to the roster of participants for the Sun City Golf Challenge this year, the line-up seems pretty high-profile with heavyweight names like Luke Donald, Ernie Els, Sergio Garcia, Justin Rose & Henrik Stenson. Donald had been World’s Number One 2 years back while Stenson is the present European # 1. Justin Rose is the illustrious American Open Champion.

“I cherish coming here as it is the final tournament of 2013 & one can allot everything he has got into it”, Kaymer said. “The past year was my last opportunity, this year would be my last opportunity, so I prefer to stay under the pressure. I will be great to end with the best possible high & a triumph will be the absolute.”

Stenson was the Nedbank winner in the year 2008 but he lost to Allenby the very next year. The Swedish was down with a bad wrist injury for long post his win at Dubai DP World Tour. He had to withdraw from SA Open given the severity of the wrist wound that irked him all through Final series.